A small plane that was due to take part in an upcoming air show crashed shortly after takeoff Friday at an airport in eastern Pennsylvania, killing the pilot. The plane was part of the GEICO Skytypers Air Show Team, which flies World War II-era aircraft and was scheduled to perform Saturday at the Great Pocono Raceway Airshow.

The crash at the Wilkes-Barre/Scranton International Airport occurred around 12:35 p.m., authorities said. The pilot was identified as Andy Travnicek of Hampton, New Hampshire. The 50-year-old commercial airline pilot and U.S. Air Force veteran was the only person on board and there were no injuries on the ground. 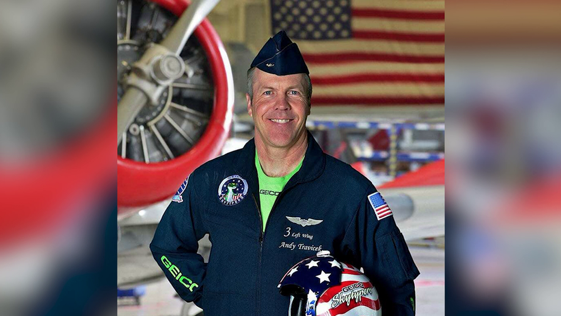